The conference baquet will be held in the historic town hall of Aachen on Thursday, August 29, 2013 at 18:45. The gothic town hall was built in the early 14th century on the foundations of the former palace of Charlemagne. The most famous room in the town hall is the coronation hall. In the middle ages and in early modern times, this was the venue for the magnificent coronation banquets of the kings who had just been crowned on the same day in the Aachen Cathedral. The coronation hall also houses replicas of the medieval imperial crown and other imperial regalia. 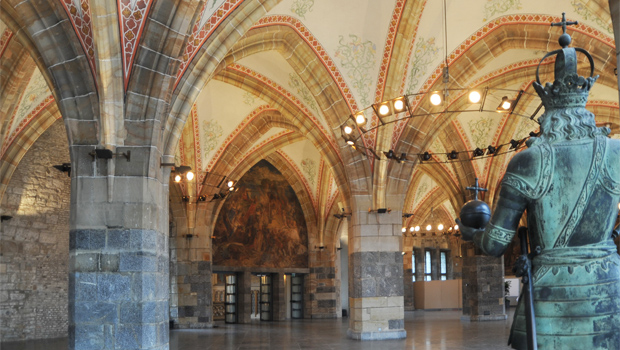